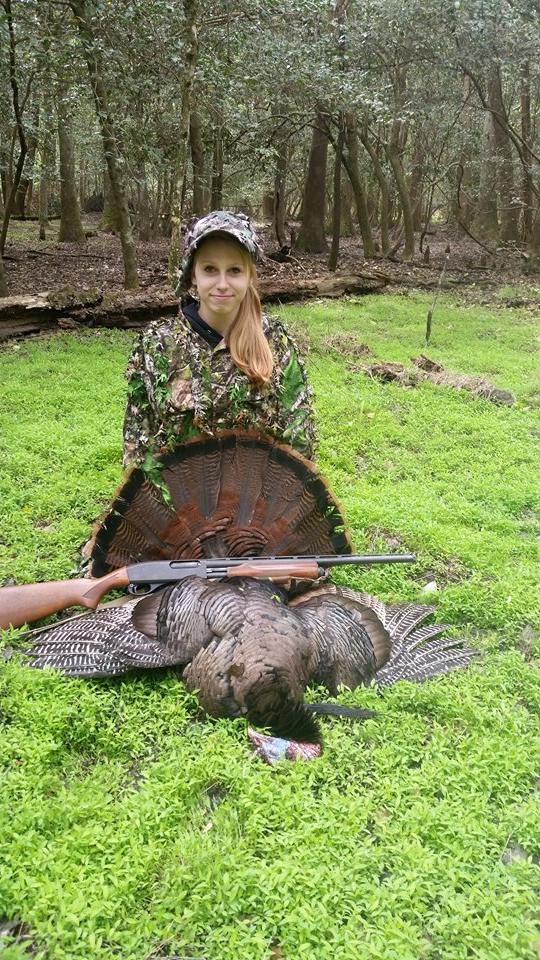 Wild turkeys all but disappeared from Fort Bragg sometime in the mid-1950s; at the same time a small flock persisted on and around Camp Mackall. From that time until the late 1990s, turkey sightings on Fort Bragg were a rare occurrence, while at Camp Mackall turkey sightings increased indicating a growing flock in that area. Turkey sightings did begin to increase in the Northern Training Areas in the mid to late 1980s, likely due to the expansion of a flock of birds translocated to the Overhills area by the North Carolina Wildlife Resources Commission. In an effort to restore the wild turkey population on Fort Bragg, Wildlife Branch personnel translocated 75 wild turkeys captured on Camp Mackall and Camp Lejeune to various release sites scattered throughout the training areas south of the Little River. This effort proved to be quite successful. Wild turkeys are now well established in all areas of Fort Bragg.

Very limited turkey hunting began in the Northern Training Areas and Camp Mackall in the spring of 1994; that year one turkey was harvested in NTA 4. Limited hunting continued in those areas and expanded to additional areas on Fort Bragg through the late 1990s as the population of translocated birds began to grow. During that time roughly 60 percent of the turkeys harvested were taken on Camp Mackall. In the spring of 2007, the turkey population expanded to the extent that turkey hunting was opened post-wide. Since the first bird was taken in 1994 the turkey harvest has increased steadily, with 66 birds taken in the spring of 2011.

In order to turkey hunt on Fort Bragg and Camp Mackall, all hunters are required to possess a Fort Bragg Hunting permit AND the appropriate North Carolina hunting license and big game harvest report card. Turkey hunting slots are allocated based on the small game hunting units at one hunter per 500 acres.  Party hunting is permitted, whereby two individuals may sign-out together, but only one may carry a weapon thus occupying only one hunting slot. Both individuals must have a Fort Bragg permit, NC hunting license and big game harvest report card. 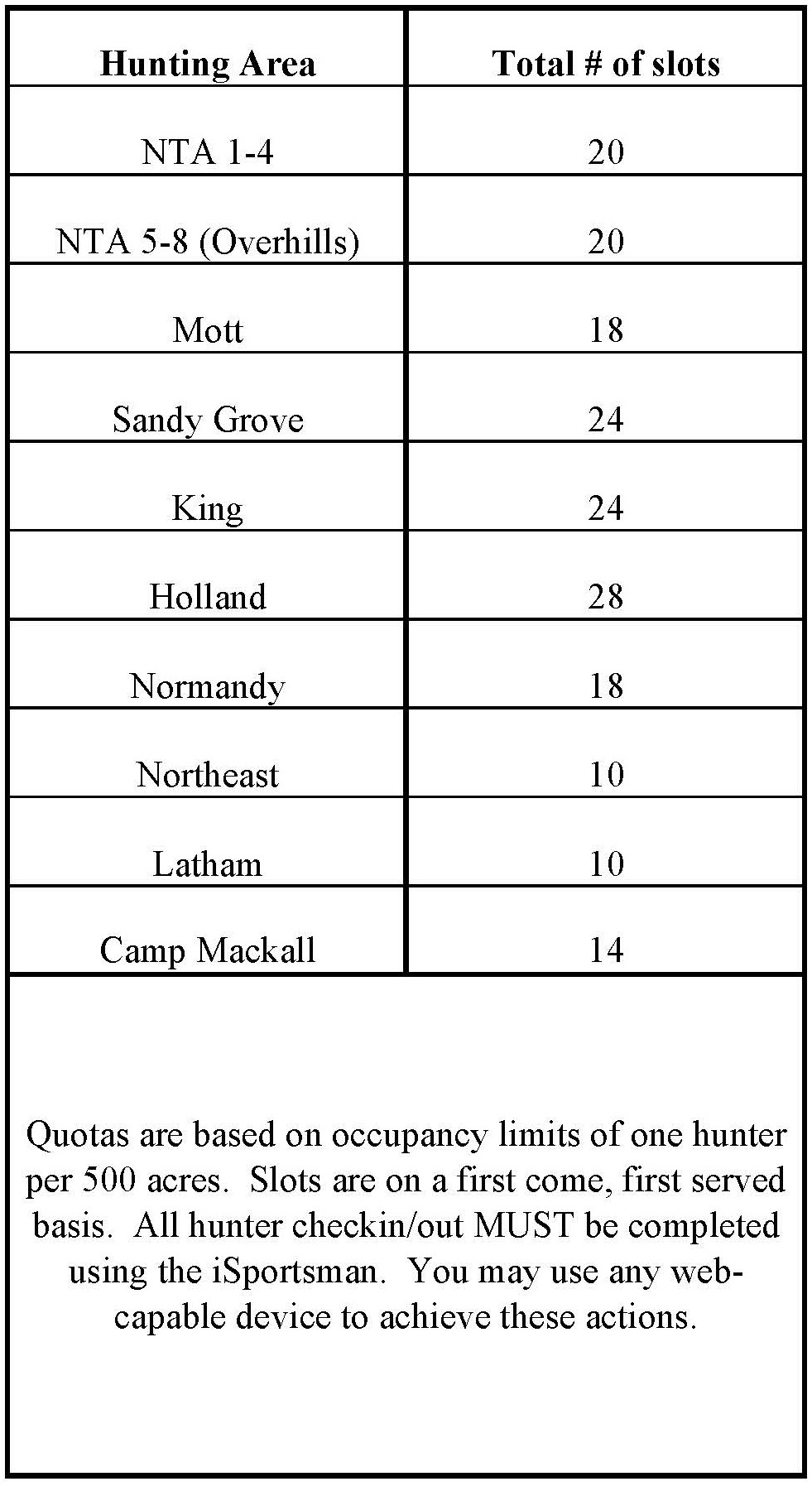